Our latest work in development is MaaaHa, which is a collaboration of Maaa Art with other artists and children specialists to create original TV shows for children. This platform has focused on research, ideation, and writings that are both educational and entertaining for children and young adults.  Negar Behbahani has joined Mohammad Aghebati and Mehrnoush Alia for these series of work and together we have created the following concepts for web platforms:

“Kar o Mar” (a.k.a. What Do You Know About Me?) is a talk show that empowers children to look at the world from the point of view of lesser-known people.

“Chera Mera” (a.k.a. Guess What?) explores everyday issues that are often left out of education material.

Our latest production, Faranak is about a new driver at a ride hailing company at the lowest point of his life accepts to deliver a dog unaware that the dog is experiencing a crisis like himself.  Faranak finished post-production in 2021.

Chains and Jinns is a feature documentary currently in production. It takes place in a remote part of Iran and amongst the minority Sunni population of affluent Qeshm Island, eight people have lived in chains for over a decade because their psychological disorder is misdiagnosed as being possessed by evil spirits (Jinns).  This film captures their lives and a woman’s fight to free them.

If you have interest to take part in financing, please email maaafilm@gmail.com For a look at the trailer please visit:

Rojalat to Rojava is a feature documentary in development directed by Negin Ahmadi.  For the Kurdish women fighters, the war with Daesh started in their home and against their patriarchal society.  Negin (29) travels from her hometown of Rojalat in Iran’s Kurdistan to Syria’s Rojava to capture what women have gained and lost in this fight.  She does not stop until she reaches Nesrin Abdullah, the commander of all women in YPJ Army.

Nilou is an art house thriller written and directed by Mehrnoush Alia and slated to shoot in Tehran in 2019.  Nilou was a selection to Cinephilia’s Production Cannes Residency.

When the wife and the leading actress of a prominent Iranian filmmaker dies under mysterious circumstances in the middle of the production of his latest film, the director is forced to re-evaluate his life, his relationship, and his work as he learns things he never knew about his wife and himself. 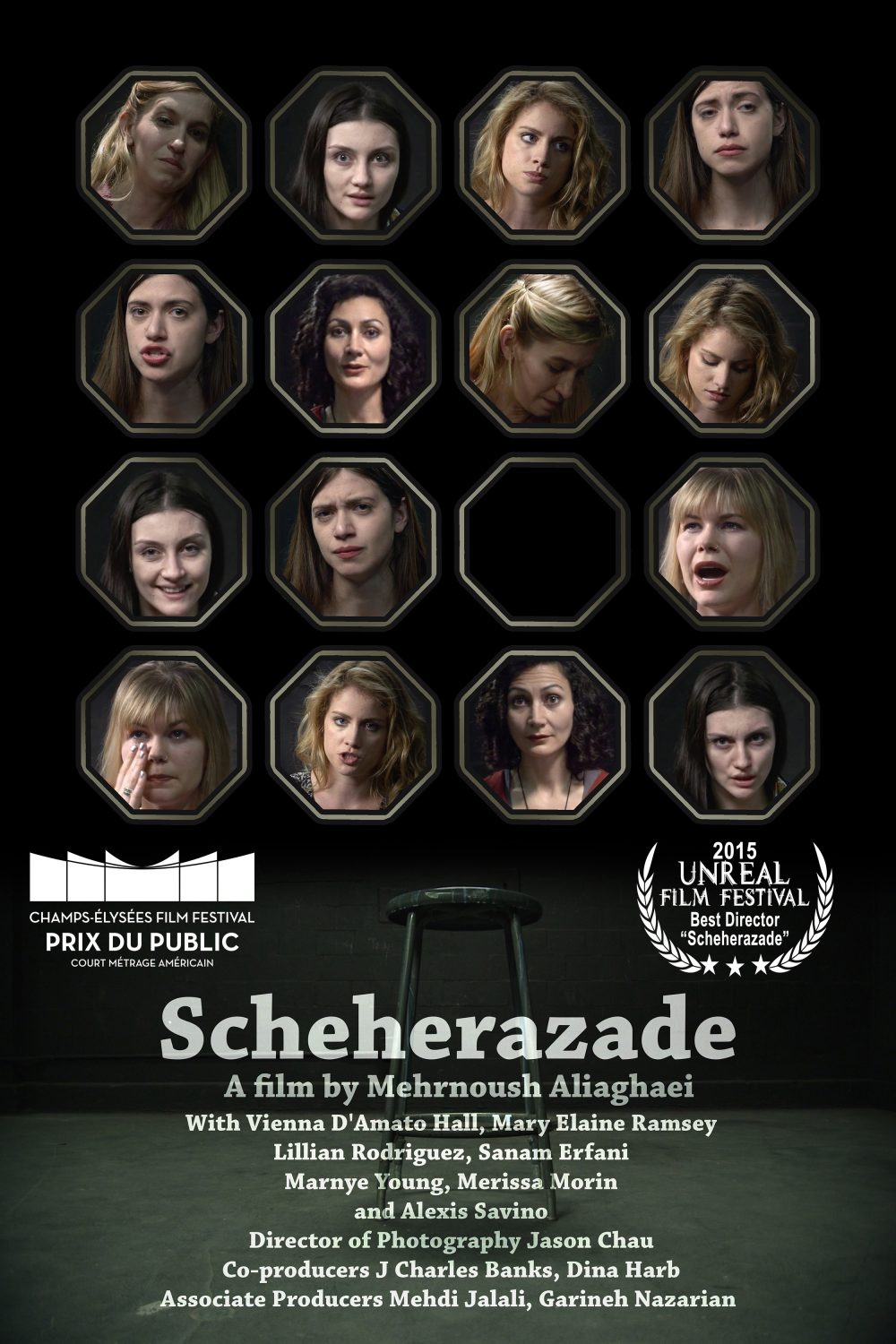 “Scheherazade” is an award-winning psychological thriller about a series of actresses in a mysterious audition.